Further details on the extended CJRS and third SEISS grant 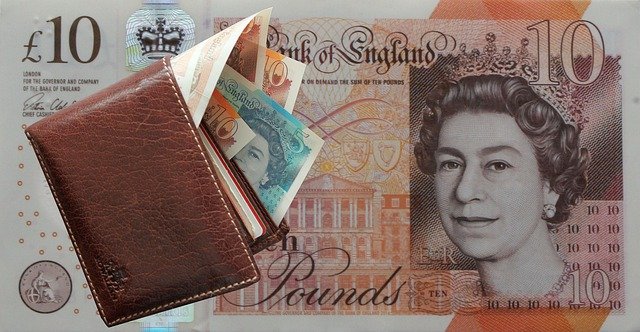 The CJRS has been extended to 31‌‌‌ ‌March 2021 for all parts of the UK, and HMRC has updated its guidance.  Further information has now also been published on the eligibility criteria for the third SEISS grant.

There have been some changes made to the extended CJRS scheme, which means that from 1 November 2020 more people are eligible.  The government will review the terms of the scheme in January.

The extended furlough scheme will apply from 1 November 2020 through to the end of March 2021. The government support will initially be at the rate of 80% of an employee’s reference pay for the hours they are furloughed, subject to a maximum of £2,500 a month.

A key difference from the previous versions of CJRS is that there is no requirement for the employee to have been on the payroll at 19 March 2020, or to have been previously furloughed. They do however need to be on the payroll and subject to an RTI submission prior to midnight on 30 October 2020.

Claims must be made by the 14th of the following month, although they can be made up to 14 days in advance (if the date falls on a weekend, the deadline will be the following weekday).  This means that any claims from 1 November must be submitted no later than 14 December.   You can claim before, during or after you process your payroll, as long as your claim is submitted by the deadline.

For claim periods from 1 December, you can’t claim CJRS grants for any days that your employee is serving a contractual or statutory notice period, including notice of retirement or resignation.

There are exceptions to these rules and complications for those working variable hours and with variable rates of pay.  We can of course assist you with your claims, or alternatively prepare them on your behalf.

Remember to keep any records that support the amount of CJRS grant you claim, in case HMRC needs to check them. You can view, print or download copies of your previously submitted claims by logging onto your CJRS service on Gov.uk.

To qualify for the third grant, the business needs to not only be adversely affected due to coronavirus during the period 1 November to 29 January 2021, but also to:

You must also meet all other previous eligibility criteria to make a claim.

You must keep evidence that shows how your business has been impacted by coronavirus resulting in less business activity than otherwise expected.  HMRC says you should wait until you have a ‘reasonable belief’ that your trading profits are going to be significantly reduced before you make your claim.

The third grant is calculated in the same way as the first and second grants.  It is based on the same tax years, using the same £50,000 income cap and 50% of income tests as before.  This means that the previously excluded groups will still not qualify.  It is worth 80% of your average monthly trading profits, and will be paid out in a single instalment covering three months’ worth of profits, capped at £7,500 in total.

The grant won’t need to be repaid, but it will be subject to income tax and self-employed National Insurance, and must be reported on your 2020-21 self-assessment tax return.

The third grant for SEISS is now open and can be made via the Gov.uk website. Applications for the third grant will close on 29 January 2021.

If you over-claim the amount on your CJRS or SEISS grant, HMRC have announced that they will be imposing penalties of up to 100% of the amount which has been over-claimed – so it’s important to make sure that your claims are correct.

Many over-claims may well be the result of careless mistakes, or a misinterpretation of the rules which have changed many times in the last 9 months, so we hope that HMRC will apply the rules with a light touch and focus on those who have actively abused these schemes.

CJRS claim information to be made public

It is worth noting that from 1 December 2020, HMRC will publish the names of employers who make claims under the furlough scheme, for periods from December onwards. They will also include an indication of the value of the claims made by each employer, and the Company Registration Number if it’s a company or LLP.

For claim periods from December, employees will also be able to check if their employer has made a claim under the CJRS on their behalf, through their online Personal Tax Account.

If an employer can verify that the publication of their firm’s details would result in a serious risk of violence or intimidation to certain individuals, then HMRC has confirmed that a request can be made for that firm not to be included.

Please talk to us about making a claim for the CJRS or SEISS, and we can help you work through your figures and ensure your application is as accurate as possible.

Summary
Article Name
Further details on the extended CJRS and third SEISS grant
Description
The CJRS has been extended to 31‌‌‌ ‌March 2021 for all parts of the UK, and HMRC has updated its guidance.  Further information has now also been published on the eligibility criteria for the third SEISS grant.
Author
Nuala Beardsall
Publisher Name
Paish Tooth
Publisher Logo

Stay up to date! Get Paish Tooth's latest business and tax news straight to your inbox.